In World War II captured German prisoners were sent to prisoner camps throughout the United States. Camp Grant was a POW Camp located in Rockford, Illinois.

During harvest time many POWs from Camp Grant were sent to Sycamore. The POWs stayed at a temporary barracks on Park Avenue (located where Upstaging is today) and ate their meals in town. Many of the POWs worked in the local canning factory and harvested food at local farms.

Use questions generated about individuals and groups to analyze why they, and the developments they shaped, are seen as historically significant.

Analyze how people’s perspectives influenced what information is available in the historical sources they created.

Construct arguments using claims and evidence from multiple sources, while acknowledging their strengths and limitations.

You can informally assess the students by reviewing their written answers to the discussion cube.

Compare and contrast conditions in Japanese internment camps to the Sycamore POW camp. This comparison will allow students to question how Japanese Americans may have been treated worse than German prisoners of war.

Sycamore native Everell Dutton fought in the battle of Atlanta. This photo of him is from the Civil War, when he was only 27. Dutton commanded the 105th. The 105th advanced through the south under Sherman’s command. With Sherman, the 105th became part of 20th Corps, commanded by General William T. Ward and Colonel Benjamin Harrison. “This machine,” as Dutton referred to it, moved into Georgia.

On June 18, 1864, Dutton was promoted to Lieutenant Colonel. Around this time Daniel Dustin’s son Will arrived. A later account said, “When General Dustin was on the exciting campaign to Atlanta, the son, then aged 14 years, ran away from home and joined him and followed the 105th through that campaign, and although he was sent home, it was only a few weeks later that he again appeared among the troops.”[1] A school friend of the boy, Turner G. Wing, later wrote:

Colonel Dustin of Sycamore had a son, Bill, who was several years older than I. Bill wanted to go, and so did I. His father was on duty somewhere in the south and Bill and I started on foot to join him. A neighboring farmer saw us and sent me back home. I was seven years old. But Bill somehow joined his father and stayed with him til the close of the war.[2]

At the time, Everell Dutton wrote, “Willie Dustin is under my care yet. He is a pretty wild boy and I fear unless some change is wrought over him he will not make a very good man.”[3] And again, within the month, he noted, “Wilie D— is still here. He is pretty wild, and just the age to think it a disgrace to be governed by a woman, so his mother can do little with him. He is pretty wild.”[4] He had “at the age of 13 years accompanied his father to the scenes of the Civil War, spending a year and a half at the front during a period that included the Atlanta campaign, the March to the Sea, in Washington both days of the grand review.” Dwight Star and Herald, February 23, 1918.

Dustin’s son Willie was with the 105th during these weeks. Explain to students how Willie ran away from home to help his father in the war. Willie’s job was to help the cooks and move the mules. However, being right in the midst of battle had to be a bit exciting, to say the least. Willie was only 14. Ask students to imagine they are Willie. Then, have them write a picture postcard home describing this battle. 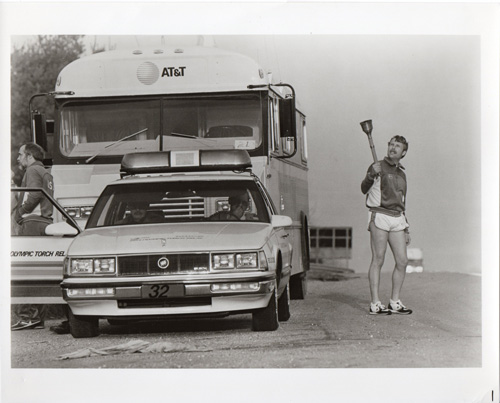 Use the discussion guide as an informal assessment.

In 1832, Black Hawk, a Fox and Sauk chief, brought 400 people from his tribe to reclaim their homeland along the Rock River after having lived in Iowa for a year. White settlers were alarmed and nervous that the Native Americans would begin fighting. Eventually, the militia was called in and fighting began. During the summer of 1832, the American troops fought Black Hawk and his warriors in northern Illinois and southern Wisconsin. In the end, hundreds of Black Hawk’s people were killed. The Native Americans accepted relocation to Iowa and the battles ended.

The comic strips can be the assessment.