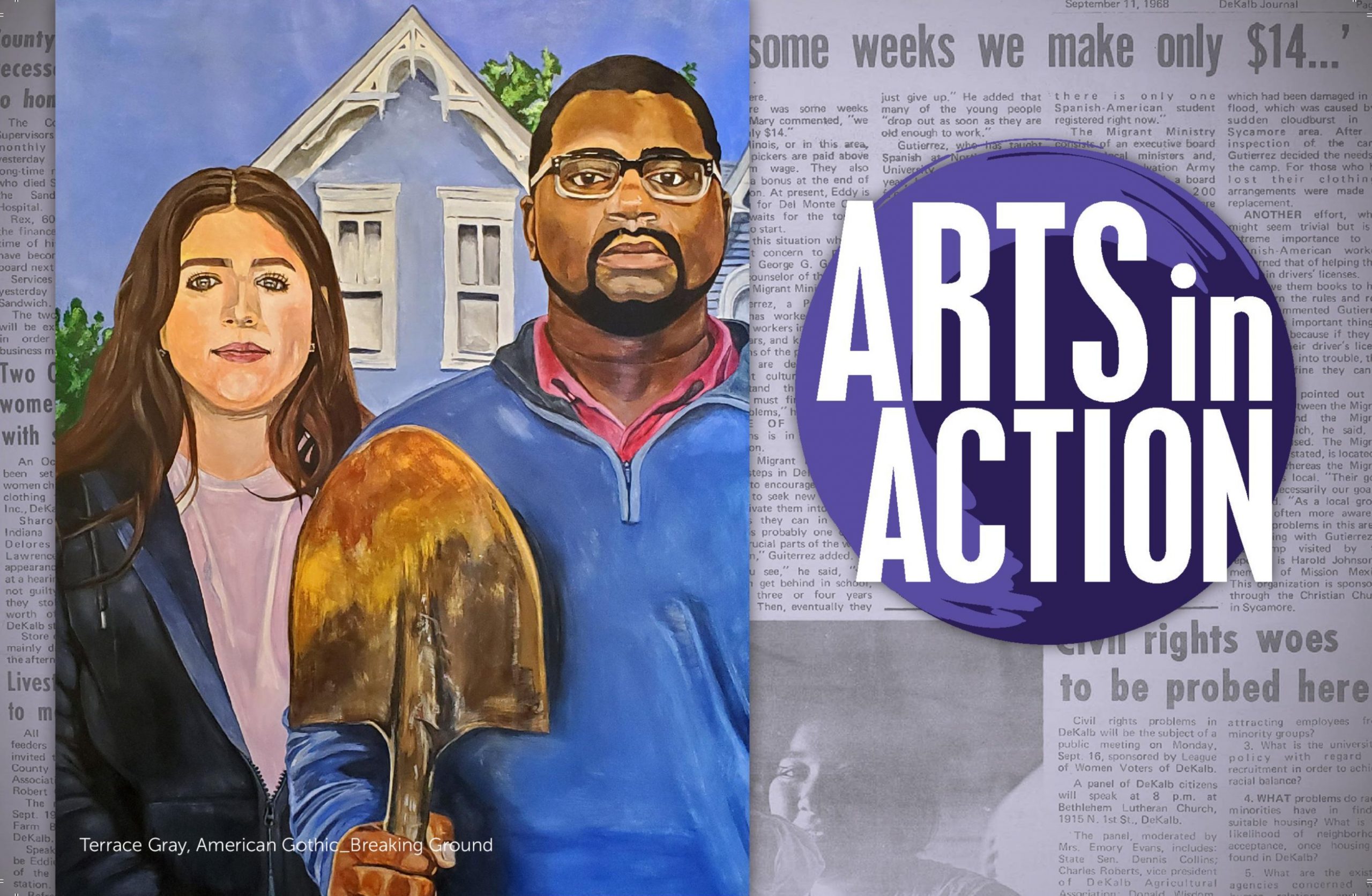 Arts in Action is designed to be a platform for community members and artists to tell their stories, especially for those whose voices have not always been heard. The project goal is to build a stronger community by sharing, listening, and understanding the stories of everyone in the community.
The work is ongoing.

The exhibit has four themes, "Daily Life, Change, Special Events and  Government." It was a challenge to pick the objects for this exhibit. As part of the process we asked:

These questions were not confined to objects at the History Center. We reached out to other history groups, as well as considered National Landmarks throughout the County.

Every object has a story. The best stories are those that help us understand ourselves. This exhibit looks to objects - some at the History Center, while others are found throughout the county - to tell us stories.

Click the image below to visit the online exhibit. 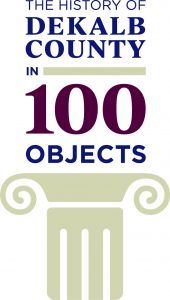 Four Stories were the subject of videos created by the Jr. Volunteers for the Smithsonian's Museum on Main St. Coming Home project. Follow the links below to view the videos & hear the stories:

Here is one example of an object featured in the exhibit: In the special event section of "History of DeKalb County in 100 objects"; we highlight sheet music from the Gualano Brothers, who lived in Sycamore. Wes Carr, a 2019 Mandolin Champion, recorded these two pieces - Waterman Hall Waltz and the DeKalb Polka.

The songs were composed in around 1894-1895 and have most likely not been heard in over 100 years. To learn more about Wes Carr, visit his website: www.rwcarr.com.

The "PLUS ONE" Winner 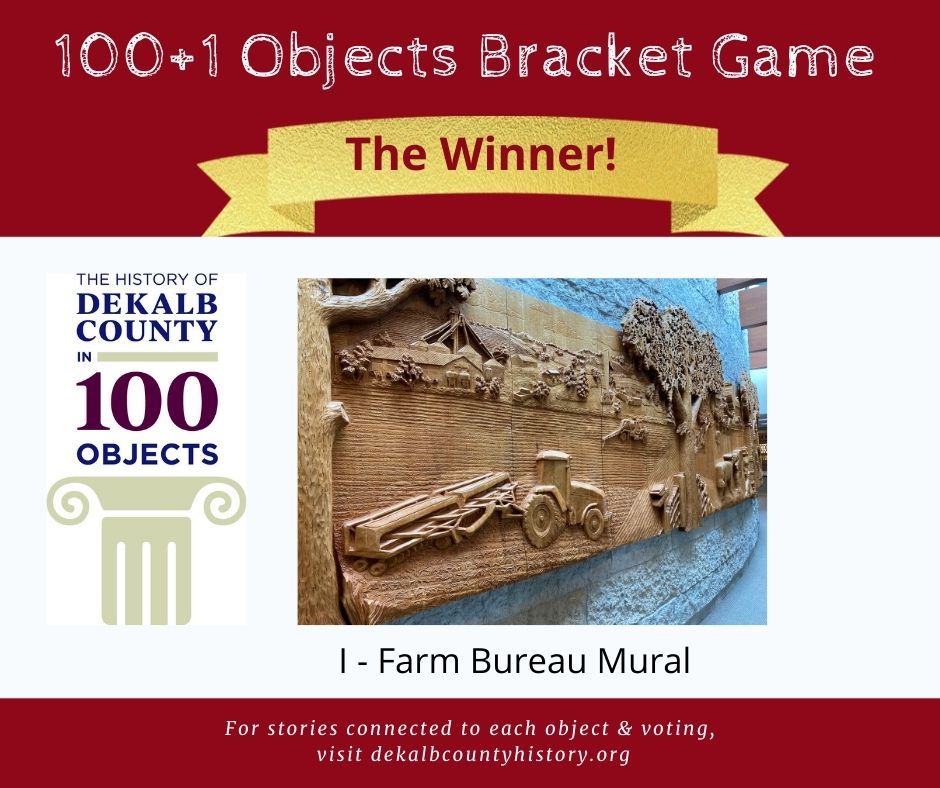 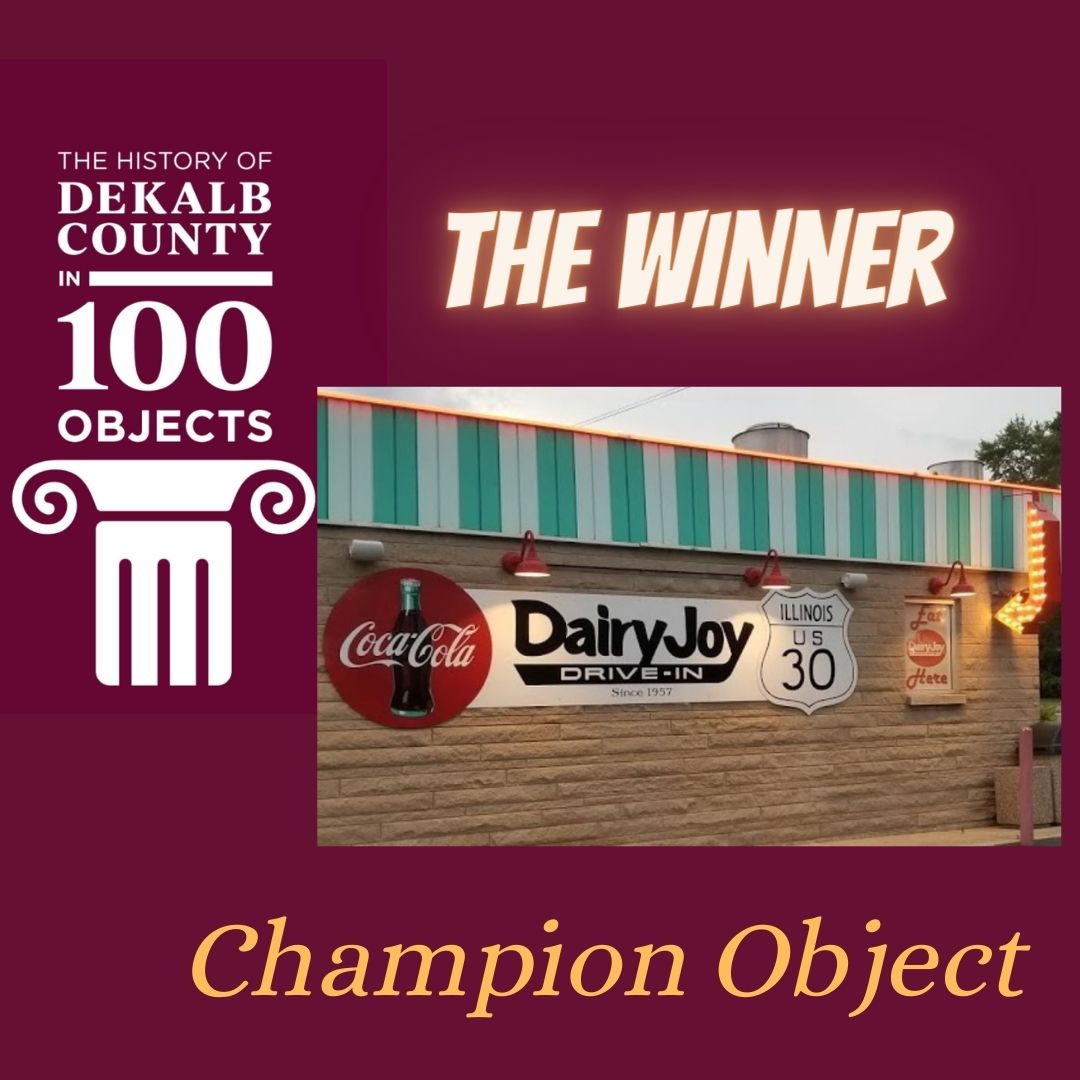