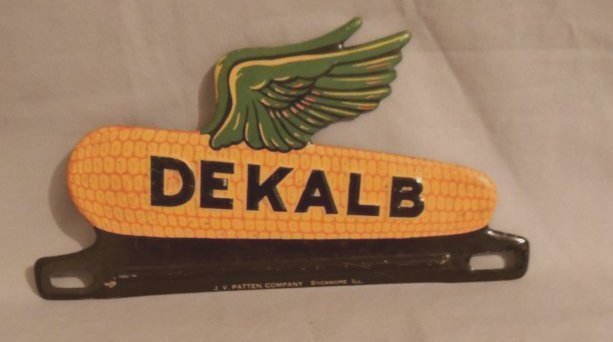 The DeKalb County History Center is seeking community input for a second round of a friendly competition to identify 16 historically significant “objects” throughout our county. In conjunction with the upcoming exhibit “History of DeKalb County in 100 Objects,” planned to open in September, the History Center is encouraging people to think about landmarks, locations, buildings (even those no longer around), as well as personal items that provide insights into local history. The objects will be ranked, put into brackets, and be eligible for voting starting on July 20.

The History Center will collect the nominations until July 17. If there are more than 16 suggestions, the 16 most popular “objects” will be selected. Then, they will be arranged in brackets. Twice a week beginning July 20, two objects “compete” as people can vote during 24 hours. For the final round, the 2020 bracket winner “Dairy Joy” will face the winning object from this year’s bracket game. Voting will begin on July 20 and end September 7, with the ultimate winning object announcement on September 16.

If you are interested in submitting a nomination(s) include an image and a short description of the DeKalb County historical connection with the object. Entries should be sent by July 17 to info@dekalbcountyhistory.org. An image of the winning object will be displayed in the Exhibit Hall at the History Center among the “History of DeKalb County in 100 Objects” display. The opening of the exhibit to the public is set for September 25. For more information, contact the History Center at (815) 895-5762 or email to info@dekalbcountyhistory.org