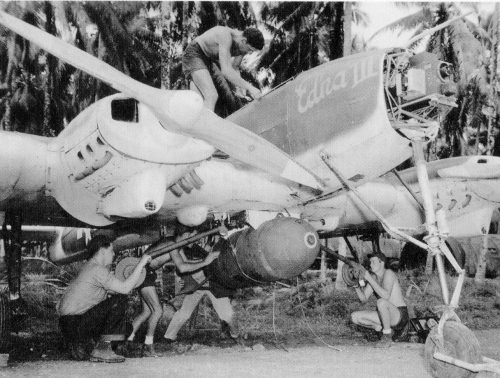 Drones are something that have been a popular news item lately. During the Brown Bag/Local Lore lunch on Thursday, November 1 discover how Drones were part of a top secret local story during World War II. Roger Keys will talk about how he became interested in drones and how this passion led to his work that involves rebuilding part of this chapter in our country’s history.

Over thirty years ago at a garage sale, Keys found an unusual looking model plane.  Having made dozens of models as a kid, he suspected it wasn’t “just” a child’s toy.  But it was several years before a friend at a local fly-in saw the model and identified it as an Interstate TDR Drone.  That was the beginning of a fascinating journey to learn the history of this once top secret WWII weapon and Roger’s passionate mission to honor the dedication of those who developed and deployed this remote controlled bomb. During the program he will explore how his research took him to the work shop of a TDR engineer in Wisconsin, and the reunions of the men of STAG ONE, the Navy air group that operated the drone in the South Pacific.  He has had the pleasure of presenting the war production workers of DeKalb, IL and US Navy veterans with certificates of award and continues to work on securing a permanent display for the airport in DeKalb.

The Brown Bag/Local Lore lunch is a free program open to the public that starts at 12:00 p.m., at the Elwood House Visitor Center 509 North First Street. Donations are welcome. Coffee and cookies are also provided. For more information, please call 895-895-5762 or visit dekalkcountyhistory.org.